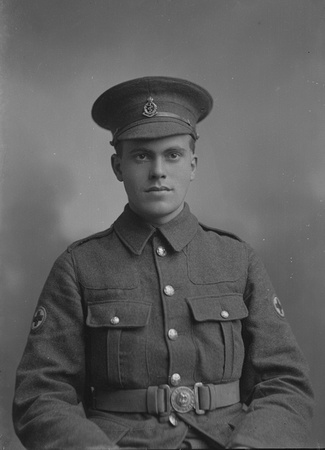 John Edmund Maddock was born on the 11th April 1892 in Beckenham Kent. He was the second son of Richard Maddock and Elizabeth Jane Maddock (Nee Nettlefold).
He attended Wellwood School in Sutton from 1905 to 1905 and then Dulwich College until July 1910. On the 11th November 1910 he started at Phoenix Assurance Company Ltd working as a clerk in accident insurance.
In September 1914, shortly after the outbreak of the First World War he enlisted as a Private in the Royal Army Medical Corps. He was sent to France in January 1915 and served in the ranks throughout the war until he was commissioned in February 1918 as a 2nd Lt in the 4th Queen's Royal West Surrey Regiment. After the war he continued his career in insurance becoming a Fellow of The Chartered Insurance Institute in 1921.
John didn't marry and lived with his sisters Lily and Norah in Egmont Road Sutton. He died in Guy's Hospital London on the 30th July 1967 aged 75.