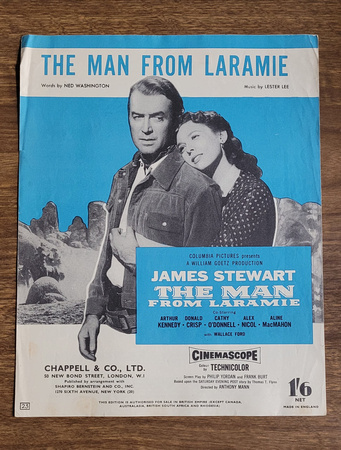 The Man from Laramie is a 1955 American Western film directed by Anthony Mann and starring James Stewart, Arthur Kennedy, Donald Crisp, and Cathy O'Donnell.
The movie's theme song of the same name, written by Lester Lee and Ned Washington, was recorded in the United States by Al Martino and in the United Kingdom by Jimmy Young. Young's version topped the UK Singles Chart for four weeks in October 1955, while Martino's version (which did not chart in the U.S.) stalled at Number 19 that September.
© UK Photo And Social History Archive
Powered by ZENFOLIO User Agreement
Cancel
Continue