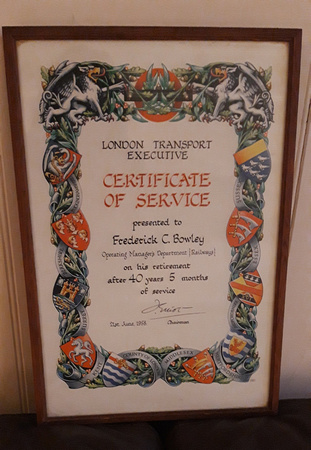 Frederick Charles Jesse Bowley was born on 21 June 1893 in Lambeth, Surrey, his father, Frederick, was 20 and his mother, Emily, was 19. He had one brother and five sisters.
During World War One Fred went to France on the 15th March 1915 with the 24th London Regiment. He was wounded on the 29th October 1915 with a gun shot wound to his abdomen and was subsequently discharged from the army.
He married Gladys A Dyer in April 1923 in Willesden, Middlesex. They did not have any children.
He died in June 1975 at the age of 82.
© UK Photo And Social History Archive
Powered by ZENFOLIO User Agreement
Cancel
Continue