Agnes, I know was writing to you on her wedding morning, just before getting ready to go to church but I feel you will like to hear from me also, about the great event itself. She looked very sweet and extremely happy as we drove to the church. You will have been able to picture her as you know her costume, she had a few lovely cream roses pinned into her coat which a Mrs Leitch at the hotel, brought her. The service was at 10.30 and Miss Lockhead was at the church to greet her when we arrived. Miss Van der Byl also came, bringing a sprig of orange blossom for the dear bride and little Erica Barrytoo and after a few minutes chat with them, the clergyman appeared. It was quite a nice little service and they both said their parts most distinctly. I so hope the little snap-shot taken as they left the church will come out all right and also the one in the hotel garden but as I don't kno anything about photography, I don't feel very confident as to the result.

I am so very glad I was able to be in Capetown, especially as Bernard was such a dear old duffer as to go and get ill, though after Agnes had safely arrived he did not seem to mind a great deal, they were so happy at having each other, nothing else seemed to matter. I loved having that whole week with them before they were married, they are both such dears.

Arrived back at the hotel after the wedding, we partook of the cake and champagne, to drink their health before Agnes made ready for their trip. The proprietor had arranged it so nicely, in a small private sitting room, the table most charmingly decorated with ferns and white flowers and Agnes's beautiful cake, (which had travelled splendidly and was perfect when unpacked) in the centre. Agnes, I know longed for you all to be there and I do wish it might have been for a mere sistet-in-law is a very poor substitute for ones own Mother and sisters but I think she she felt that your thoughts were all with her.

It did not take long for Agnes to change and with their boxes strapped on at the back of the motor and their faces beaming with happiness they drove off for Caledon in brilliant sunshine, they had a most lovely day for the drive. I have since had a sweet little letter from Agnes in which she tells of their safe arrival and each line speaks of her wonderful happiness. I do hope it will always be so and that you will find dear Mrs Beadon, your trust in giving her to Bernard, fully repaid by her happiness. He is such a dear person, so true and straight, a splendid man. I think you may have every confidence.

Please give my love to Grace and Nellie and with much love to yourself. 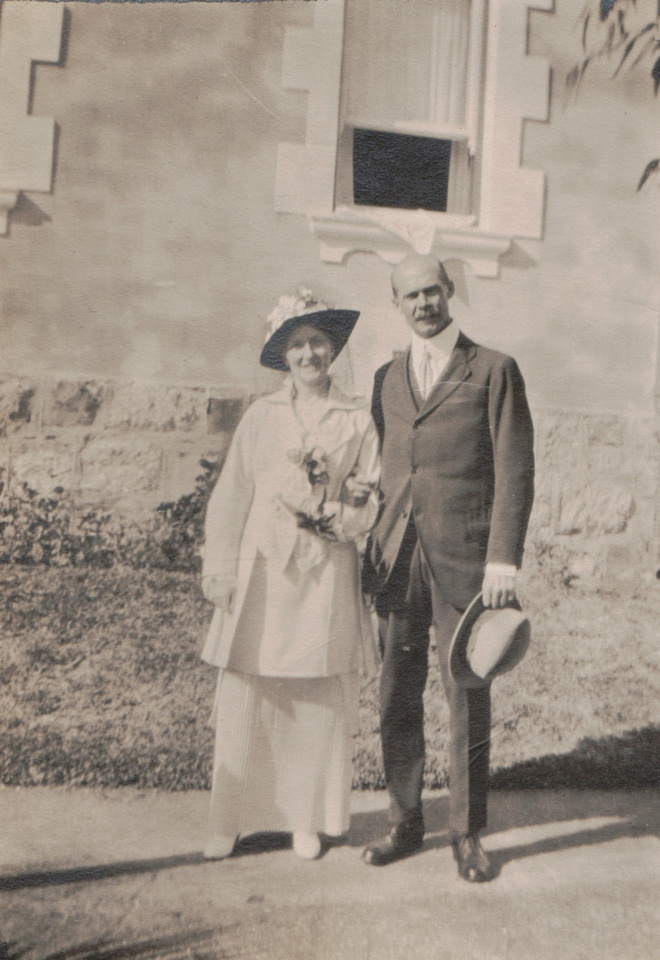 Wedding Of Agnes Beadon And Bernard Hastings At Capetown May 1915

It is so very good and kind of you to write to me that I feel as though another mail must certainly not be allowed to slip past without me thanking you for your and the thought which prompted you to send me ….. and letters, more particularly while all my dearest ones were on the water and unable to communicate with their “dads” , it was a relief to Agnes's first letter and to know they had all arrived at least safe, though sadly worn- poor Agnes, the responsibilities of such a journey are far greater than one can realise beforehand, it was a blessing to know that she and the babes would immediately come under the wing and the care of those she loved most. I feel very grateful and only hope the extra worry and trouble won't prove too much for you and Grace. When will this wretched coal strike come to a settlement, it is so sad to think how a comparatively small number of men can place millions into wretchedness, poverty and inconvenience, it seems something is very much wrong where such conditions are allowed to prevail. My house is so lonely and quiet without the family that even now I can hardly realise they are so far away, but rather feel as though they might be visiting friends and ill be back tomorrow, unfortunately tomorrow is a long way off, the saving feature lies in the knowledge that my mother and yourself ill see and know them all and will be able to realise what a very splendid and capable little mother the babies possess. Do you think Pat will be like Agnes.

With Love and Gratitude, 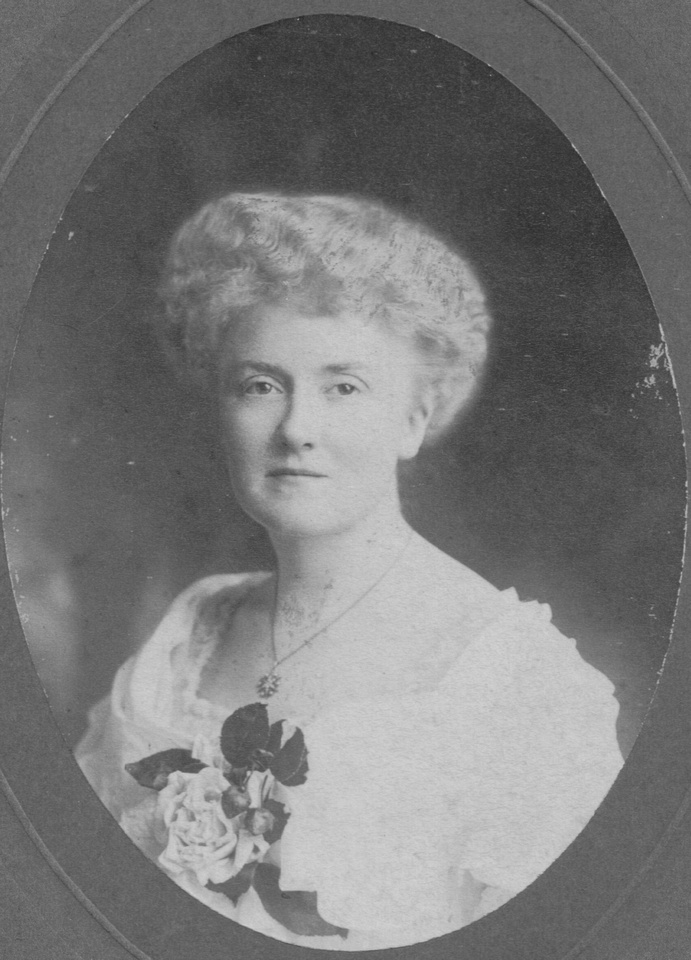 Agnes BeadonAgnes Beadon was born on the 21st May 1879 in Kensington London. She was the fifth child of Henry Sneyd Beadon and Elizabeth Ellen Beadon (Nee Boddam) . Hemry Beadon worked for the Indian Civil Service and Agnes was the only one of the seven children to be born in England.
In May 1915 Agnes married Bernard John Eddowes Hastings, a Metallurgist, who worked at gold mines in South Africa. The couple had three children, all born in South Africa. In 1921, following a prolonged coal strike which caused great disruption to the country, Agnes returned to England with her three young children to live with her mother.
Agnes died in the Central London Throat, Nose and Ear Hospital, Grays Inn Rd, Clerkenwell, London, on the 12th August 1941 aged 62.