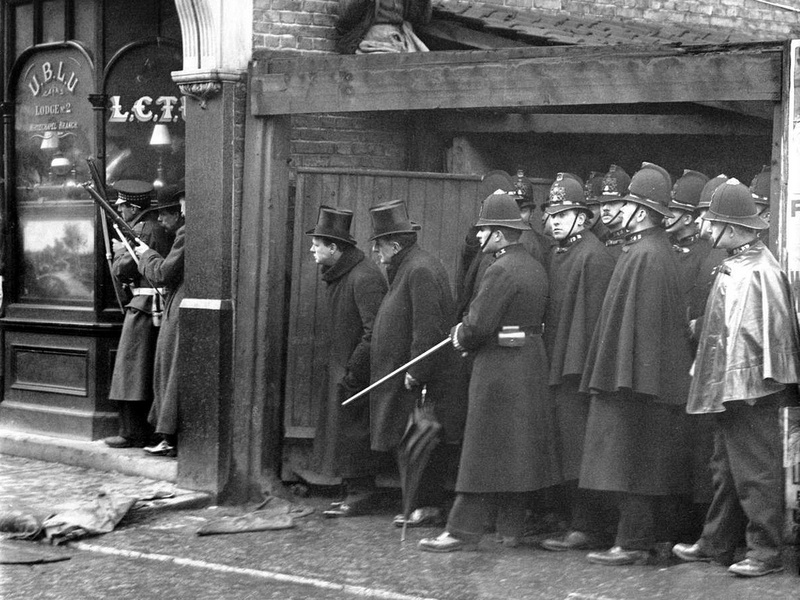 Winston Churchill At The Siege Of Sidney Street 3rd January 1911

Modified 27-Nov-19
9 photos
The Siege of Sidney Street of January 1911, also known as the Battle of Stepney, was a gunfight in the East End of London between a combined police and army force and two Latvian revolutionaries. The siege was the culmination of a series of events that began in December 1910, with an attempted jewellery robbery at Houndsditch in the City of London by a gang of Latvian immigrants which resulted in the murder of three policemen, the wounding of two others, and the death of George Gardstein, the leader of the Latvian gang.

An investigation by the Metropolitan and City of London Police forces identified Gardstein's accomplices, most of whom were arrested within two weeks. The police were informed that the last two members of the gang were hiding at 100 Sidney Street in Stepney. The police evacuated local residents from the environs, and on the morning of 3 January a firefight broke out. Armed with inferior weapons, the police sought assistance from the army. The siege lasted for about six hours. Towards the end of the stand-off, the building caught fire; no single cause has been identified. One of the agitators in the building was shot before the fire spread. While the London Fire Brigade were damping down the ruins—in which they found the two bodies—the building collapsed, killing a fireman, Superintendent Charles Pearson.
The siege marked the first time the police had requested military assistance in London to deal with an armed stand-off.
(Source : Wikipedia) 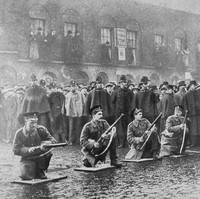 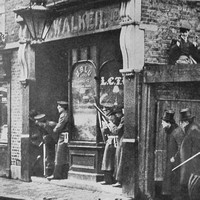 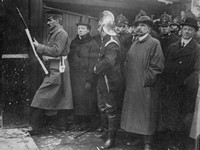 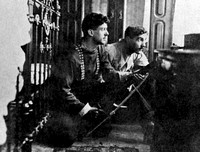 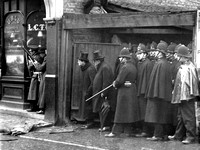 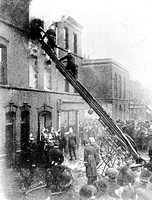